There is no rail connection between Ho Chi Minh City and Dalat so you need to travel either by road or by air. By bus the journey from Ho Chi Minh City to Dalat takes 6 to 8 hours depending upon which bus service you use.

Use the Search Box below to buy tickets from Ho Chi Minh City to Dalat. 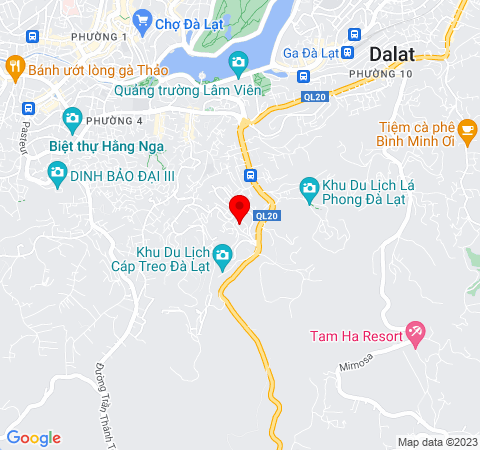 Dalat, also known as Da Lat, is a city with a population of over 400,000 permanent residents located 308 km to the North East of Ho Chi Minh City. Dalat is 1,502 metres above sea level and established in 1907 by the French colonialists as a holiday centre precisely because of this elevation which makes the local climate more temperate than lowland Vietnam. The French built European style villas and boulevards in this new town in the hills as well as establishing educational facilities which were used by the children of the French colonialists. This distinctive architecture, along with the climate, makes Dalat a popular destination for Vietnamese holiday makers, particularly people on their honeymoon.

Dalat is surrounded by a series of lakes and pine forests, as well as higher forested peaks. The area offers lots of opportunities for hiking and mountain biking. The climate also allows farmers to grow different crops to the lowland area of Vietnam and produce from Dalat is sought after across Vietnam. Amongst the most popular tourist attractions in Dalat are: