By bus the journey from Can Tho to Nha Trang is scheduled to take from 12 to 14 depending upon which service you take. There is no rail connection between Can Tho and Nha Trang.

Bus Times from Can Tho to Nha Trang

There are currently 6 direct bus service a day from Can Tho to Nha Trang available to book online.

Buy Tickets from Can Tho to Nha Trang

Use the Search Box below to buy your tickets from Can Tho to Nha Trang.

After booking you will be sent an electronic booking receipt. A print out or on screen version of the voucher needs to be shown as you board the bus.

Can Tho Bus Stop 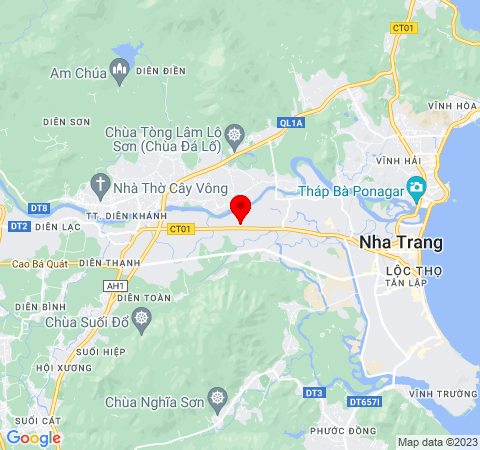 About Travel to Nha Trang

Aside from Nha Tang’s 6 km long white sand city centre beach, great restaurants and lively bars, comfortable hotels and amusement park on an island this popular tourist destination also has some great cultural attractions which are well worth visiting. The foremost of these is Po Nagar Temple which was built in stages between the 9th Century and 17th Century by the Cham Empire, who were the former rulers of Southern Vietnam. Po Nagar is unique and the best surviving example of Cham architecture. Part of the temple’s uniqueness is that is dedicated to a deity called Yan Po Nagar. Po Nagar is often described as a Hindu temple as it features statues of Hindu deities, as well as Buddhist symbols and imagery, However, the Goddess Yan Po Nagar isn’t recognised as a Hindu deity and appears to be specific to Cham culture. As well as some very well preserved towers and statues, Po Nagar occupies a position of outstanding natural beauty on a hill top overlooking the mouth of the Cai River and the Tran Phu Bridge.

Also located on a hill, and very near Nha Trang Railway Station, is Long Son Pagoda. Long Son Pagoda is an interesting and uniquely Vietnamese style temple where the monks follow the Mahayana branch of Buddhism, which is one of the two major Buddhist traditions the other being Theravada Buddhism which is practiced in Thailand and Sri Lanka amongst other places. The major feature of Long Son Pagoda is the 24 metre tall white statue of the Lord Buddha which is located on top a hill with the grounds of the temple. To reach the base of the statue you need to climb 152 steps. The route takes visitors past lots of interesting statues and reliefs, many depicting historical events involving Buddhist monks in Vietnam such as their protesting against religious repression by the Government of South Vietnam during the 1950s.